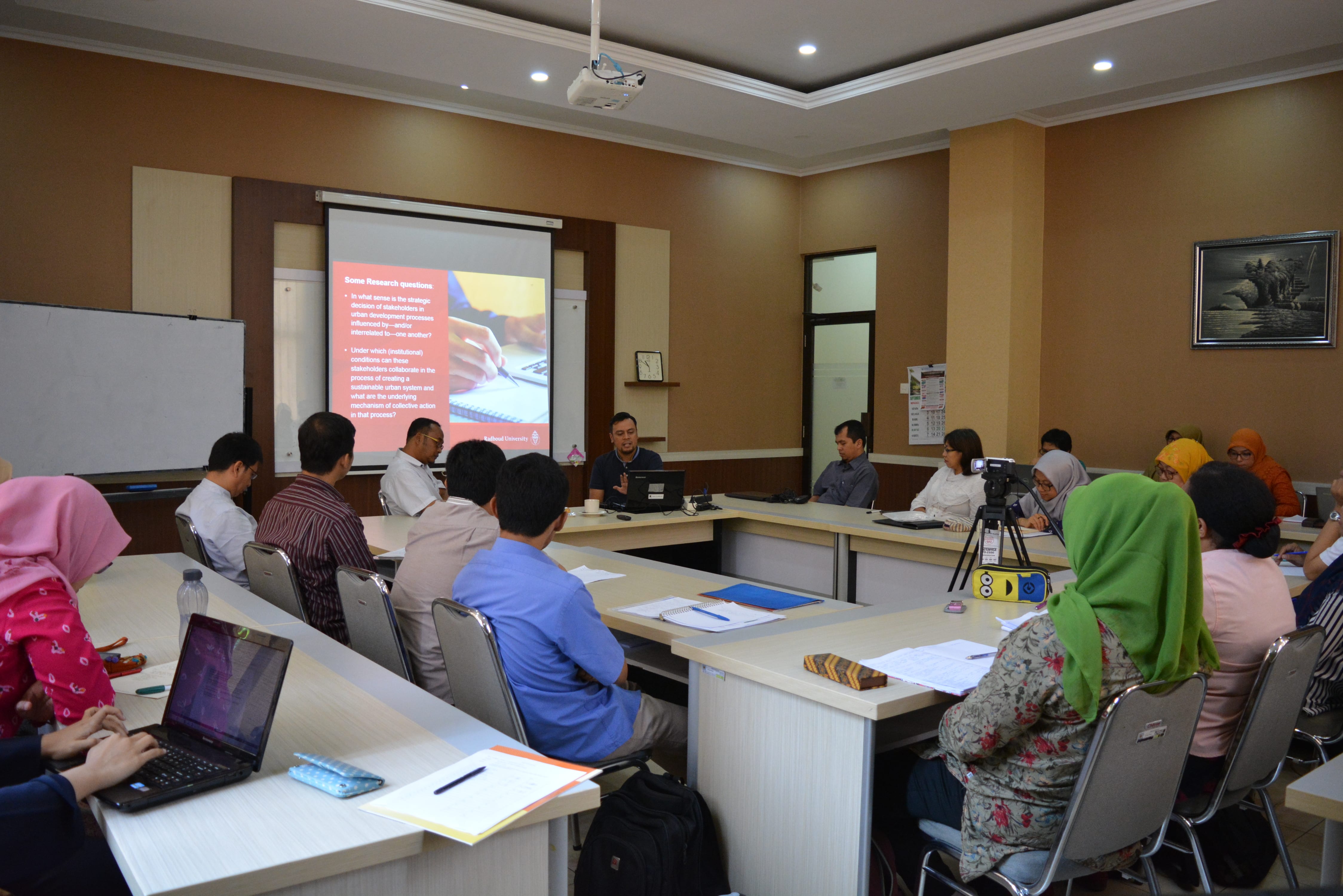 Urban planning is currently facing many problems. First, the compartmentalization process becomes the crucial one, such as urbanization. We initially thought that Indonesia is an agricultural country. However, more than 51% of Indonesia population lives in cities from 2015 to date. Even, the number of people living in urban areas reaches 56% today. The urbanization process is not only meant as a movement of people from rural to urban areas, but is also interpreted as a shift in the physical characteristics of villages. Second, there is an increasingly sharp social and economic class disparity. Third, the current social movement is higher by the increasing use of social media as a source of information. These three issues do not only affect the shift in human activities, but also the morphology of the city. Public spaces become more open that the initial conditions (closed).

Regarding the increasingly sharp and high complexity of the dynamics of the city and many challenges in the planning process of urban establishment, there has been a paradigm shift related to spatial planning. The planning was initially considered rational. The academicians, who study spatial planning, are trained to be the experts who can overcome the problems with all their rational thinking. Therefore, they would make detailed rules on how to establish a city as efficiently as possible. Eventual planning becomes a control and intervention effort to change a space.

Meanwhile, it is now impossible for spatial planning experts or urban planning planners to be able to know what is most rational and good in the future. This is because what we want in the future is subjective in nature. Moreover, the rationality of an individual varies from one to another. Datuk Ary emphasizes that each individual’s preferences have no certain indicator. Finally, what can be done by spatial planning experts or urban planning planners is how they accommodate any kinds of community eagerness. They are educated not to be the experts, but the facilitators who accommodate any kinds of the eagerness and preferences of different individual, and thus a joint decision is formulated.

The results of this joint decision can later turn into something to please many parties and lead to a “tragedy of the common”. It is regarded as the interdependence relationship among actors in decision making process which lead to the loss of the decision makers. However, this can be avoided by the availability of the sources of adequate information.