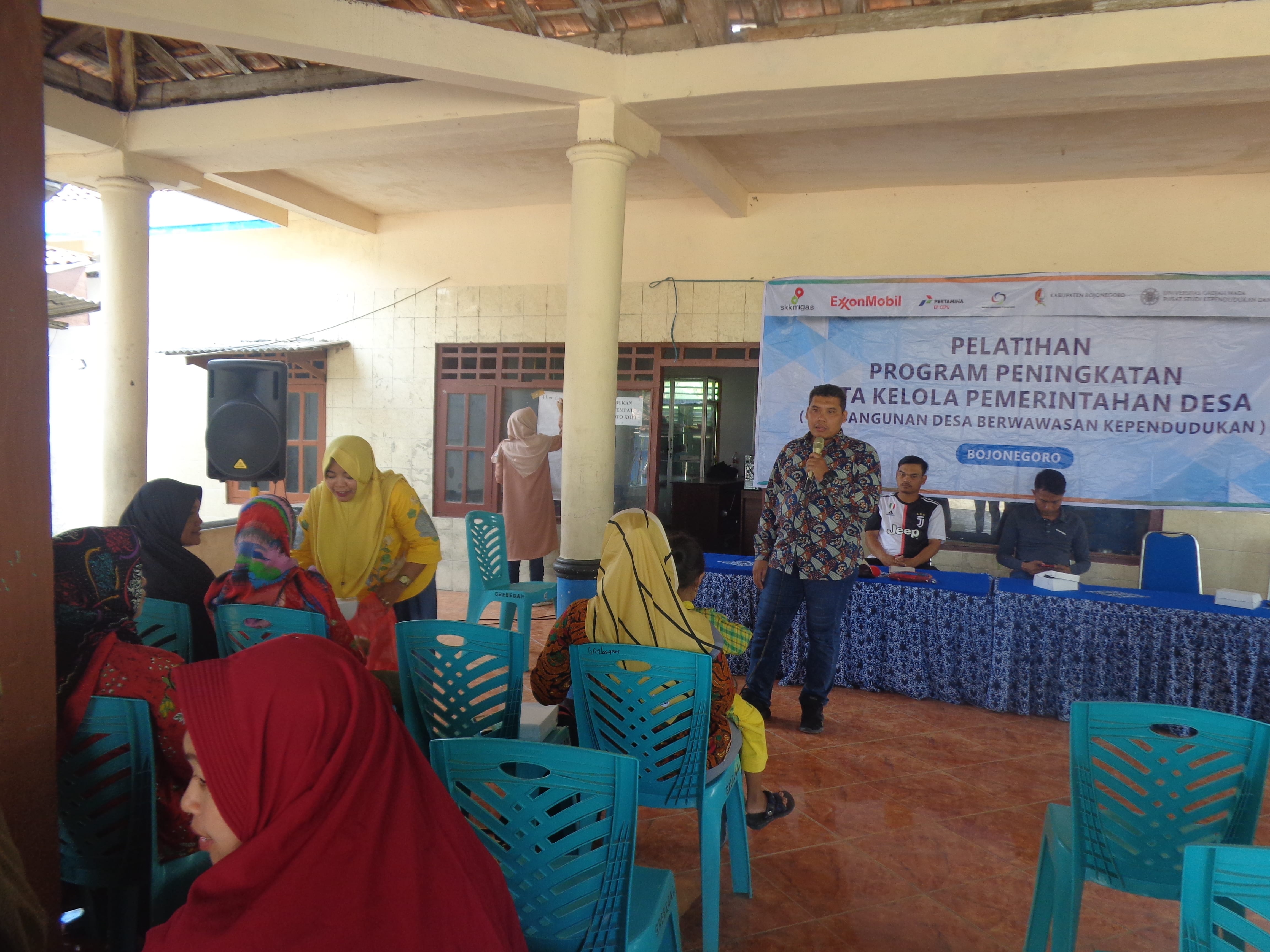 Bojonegoro, CPPS UGM – Center for Population and Policy Studies (CPPS) UGM in collaboration with Exxon Mobil Cepu Limited (EMCL) held “Assistance Program for Improving Governance and Development of Population-oriented Villages”. It was performed in four villages in three sub-districts of Bojonegoro Regency, such as Sedahkidul in Purwosari District, Tlatah in Purosari District, Grebegan in Kalitidu District, and Wadang in Ngasem District.

The program was begun with the knowledge sharing on the development planning of population-oriented village, how to facilitate villagers’ meeting, and the use of data for development priorities. The training speakers consisted of government officials and practitioners as well as the research teams of CPPS UGM, such as Setiadi, Henny Ekawati, Fadlan Habib, and research assistants who regularly conducted training related to improving village governance in the four villages.

To optimize the mentoring process, CPPS UGM also placed advisors to oversee each activity in the four villages. The advisors’ role is to ensure the process of accelerating program implementation and achieving targets. Also, they were the village stakeholders’ colleagues to implement the program.

The results of this program revealed that each assisted village has its own superior program in the development of population-oriented villages, such as Grebegan develops homecare for the elderly and Posyandu for adolescents, Sedahkidul develops a scheme of financing rice planting patterns aimed at helping farmers through the roles of BUMDES, elderly homecare in Tlatah, and Posyandu for adolescents which has been integrated through the Youth Information and Counseling Center (PIK-R) program in Wadang.

This program for governance improvement is one of the major concerns of CPPS UGM on the development of population-oriented communities, especially at the village level. This program is also an advanced program for the 2015-2017 period. This is in line with the world’s commitment through the Sustainable Development Goals (SDGs) protocol to realize a better life order.

“By having this assistance, we feel grateful for it, that it has opened up new enthusiasm for a better development,” Yahya Ketur Edi Wibowo, the secretary of Grebegan, said.