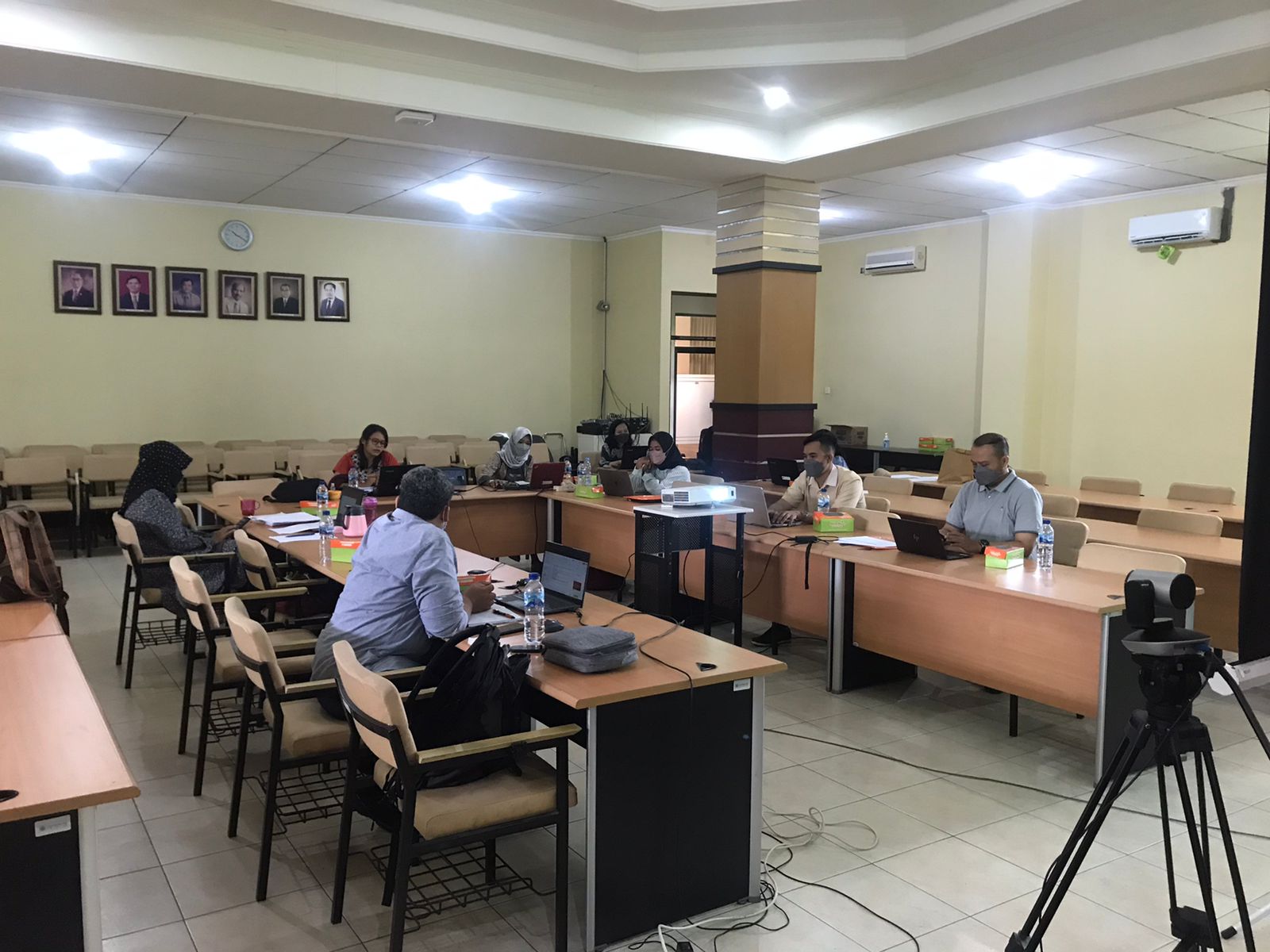 CPPS UGM – Center for Population and Policy Studies (CPPS) UGM held a Training on Acceleration Studies in Underdeveloped Regions on 3-5 March 2022 at Auditorium Dr. Agus Dwiyanto, M.P.A., Masri Singarimbun Building, CPPS UGM. The training initiated the Center’s study on the development of underdeveloped regencies in relation to the development of underdeveloped villages, which is significant to discuss from a public policy perspective.

The underdeveloped regencies in Indonesia are one of the reflections of various geographical, infrastructure, economic, socio-cultural and political problems which still become serious problems. Decentralization as a political option seems less able to accelerate economic progress in eastern Indonesia. A study conducted by Robinson (2007) in Latin America, Africa and Asia confirms that decentralization has a negative impact on underdeveloped regencies. The readiness factor, especially in fiscal capacity and the readiness of human resources, is the main problem faced by Indonesia (Nasution, 2016).

The poor preparation for regional autonomy has resulted in various gaps among regions due to differences in the socio-cultural, economic and geographical characteristics of each. Studies conducted by Snyder (2001) and Schneider (2003) show that it needs to perform a different approach between developed and underdeveloped regions. This approach is an affirmative step that is expected to be able to encourage the acceleration of underdeveloped regions to be on par with other developed regions.

The study aims at exploring concepts, evidence-based practices, and lessons, as well as to analyze affirmative policy options/instruments (fiscal and non-fiscal) to accelerate the implementation of synergies (between regencies and villages) in underdeveloped regions. Besides, the study is also intended to develop arrangements/strategies/implementation mechanisms and strengthen district capacity in implementing synergies to ensure its impacts on sustainable rural/local economic development and rural communities in the underdeveloped regions.

The study was conducted in 55 of the 63 underdeveloped regencies in Indonesia, some of them are Raja Ampat, Boalemo, Central Lombok, Central Maluku, Kepulauan Aru, East Sumba, Sorong, Rote Ndao, Tojo Una Una, Western Part of Seram, West Pesisir, and Nias.

The study is a collaborative research between CPPS UGM and National Team for the Acceleration of Poverty Reduction (TNP2K), which is funded by Mahkota. The study was conducted online considering the conditions of the COVID-19 pandemic.