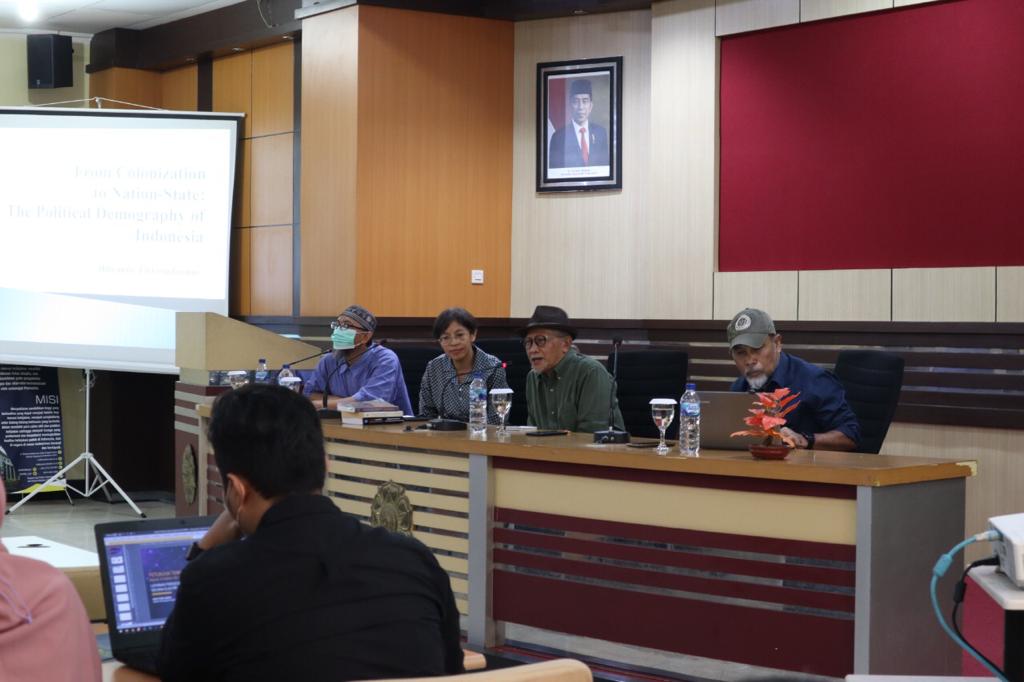 Taking place online by obeying the health protocols at the Auditorium of CPPS UGM and offline via live streaming on the YouTube channel “CPPS UGM”, the event was attended and viewed by more than 70 participants.

As the reviewer, Sukamdi (senior researcher at CPPS UGM) said that the author has emphasized from the beginning that the book focuses on one of the demographic issues only, namely migration.

“For you who are interested in reading this book, don’t think about finding a detailed discussion outside of migration issues,” Sukamdi said and smiled at the audience.

At the end of the event, Basilica Dyah Putranti (researcher at CPPS UGM) as the moderator of the event presented several notes she concluded from the discussion.

“Fertility and motility have not been discussed much yet, have they?” She asked the author to whom he then nodded his head.

She asserted that global-local dynamics have been mentioned a lot in the book “Since this is not finished yet, it might be a good further concern for all of us,” she added.

See full discussion of the book review on the YouTube channel “CPPS UGM”.