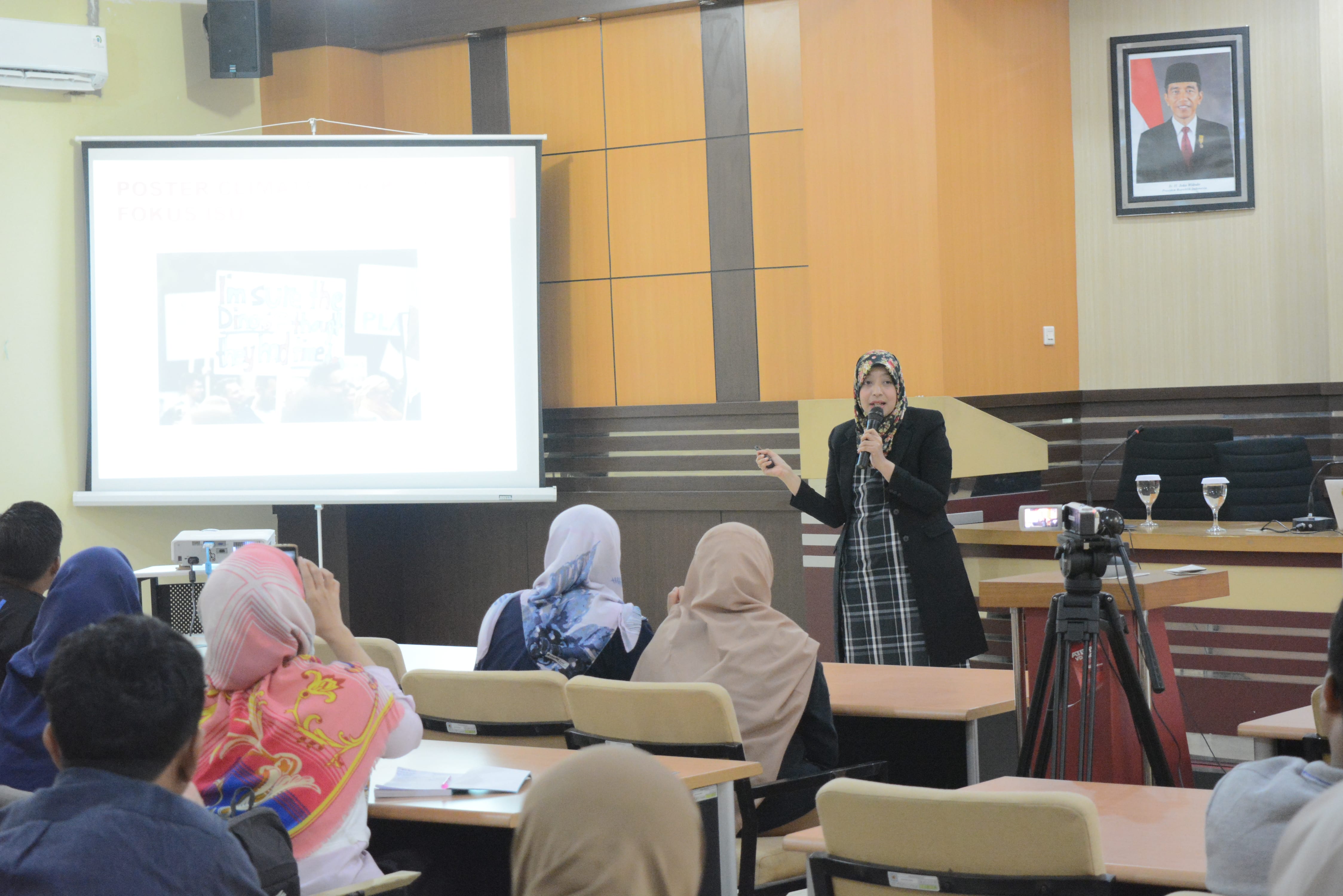 Couple weeks ago, huge demonstrations held by thousands of students from various campuses were seen in major cities of Indonesia. The protesters were taken to the streets to urge the government to pass the new Partai Keadilan Sejahtera (PKS) law and revoke the new Corruption Eradication Commission (KPK) and Draft Bill of Criminal Code (RKUHP) laws.

One interesting moment during the protest occurred from “funny” writings on the posters, such as ‘My skin care products are expensive, there must be a serious problem that finally made me head to the streets’.

People of generation Z are trying to convey their political aspirations in a new way, that is, by making demo posters or banners in a humorous style.

Sakdiyah Ma’ruf, while presenting the related topic on a seminar held by CPPS UGM entitled “Fighting with Joy: Humor in National Political Communication,” Monday (10/21), said that humor is currently gaining its moment.

Different from the youth of 1998, according to Sakdiyah, the people of generation Z who participated for the first time in democracy (i.e. voting on elections) and preserving democracy (protests and demonstrations) seemed not only to focus on the problems they were fighting for, but also brought the issues with random and personal references.

The sentence like, ‘my skin care products are expensive, there must be a serious problem that finally made me head to the streets’, colored the sphere of demonstrations throughout Indonesia and made the protesters of the year excited and the most important thing is viral,” Sakdiyah said.

There are four things about people of generation Z. Sakdiyah explained, “They are gathered in groups but their expression is very individual because for them, standing out (not partisans) and having a personal dialogue are important way to resolve the existing conflicts and to make the decisions pragmatically”.

The posters brought by the Gen Z to the streets had gained people’s attention because of their unique humor and messages of celebration and participation. But the posters also might also not raise public awareness on the main issues of demonstrations.

“They (protesters) made strong and clear messages, showing that the new generation (Gen Z) is alive and wholesome, and ready to fight for it in any ways they wanted,” she continued.

The posters with Focus on Issues writings were referred to the political conditions they were experiencing, such as “Dear police officers, please don’t persecute me! I’m Mr. Tito’s nephew.” There were also Pop Culture writings in which the appreciation was conveyed by including the latest trends, such as “Korean drama is not as fun as the parliament drama.

Meanwhile, the reference concerning personal life showed the poster referred to personal matters such as, “It’s ok that my love story failed, but not KPK!”. The last category has referent ‘random’ that is not directly related to the context of demonstrations (e.g. “Dear Mom, your son wants to get married soon”.

Humor is not merely a joke, but a meaningful entity, especially in political contestation to voice and get the authorities’ attention.

It can also help people gain perspectives, digest problems, and release tension regarding situations of anxiety, confusion and hopelessness.

Mutual self-recognition in humor is the most powerful weapon for showing humanity, political maturity and a respect for people intelligence. “We understand the satirical and metaphorical languages, but what we don’t understand is hate speech,” she responded.