Marriage is reality for many children, especially girls. Survey data notes that child marriage is prevalent in the world‟s poorest countries like in sub-Saharan Africa, South Central and Southeast Asia, Middle East and North Africa, and Latin America (see Table 1.1).1 The exact number of the practice is difficult to obtain as so many are unregistered. It is estimated, however, that 60 percent of girls in developing countries entered into union before age 18.2 In Indonesia, 34.5 percent of 2.049.000 marriages in 2008 are child marriage. It is also reported that during 2000-2008, the trend of child marriage at the national level and in Central Java tend to decline, but it tends to increase in West Nusa Tenggara and East Nusa Tenggara (BPS, 2009). As well as in other many countries, child marriage more often occur in rural areas among less educated girls.

In actuality, the majority of child marriage is a violation of human rights as there is often an element of coercion involved, which may result in unwanted pregnancy and social isolation with little education reinforcing the gendered nature of poverty. Numerous international human rights laws and conventions have emerged against child marriage, such as UDHR, CRC and CEDAW, but it remain without effective national policies and mechanisms to implement and enforce them. Despite most countries have national laws on the minimum age of marriage, including Indonesia‟s Marriage Law 1 1974, they are largely ineffective because of the official tolerance of cultural, societal and customary norms that shape and govern the institution of marriage and family life. 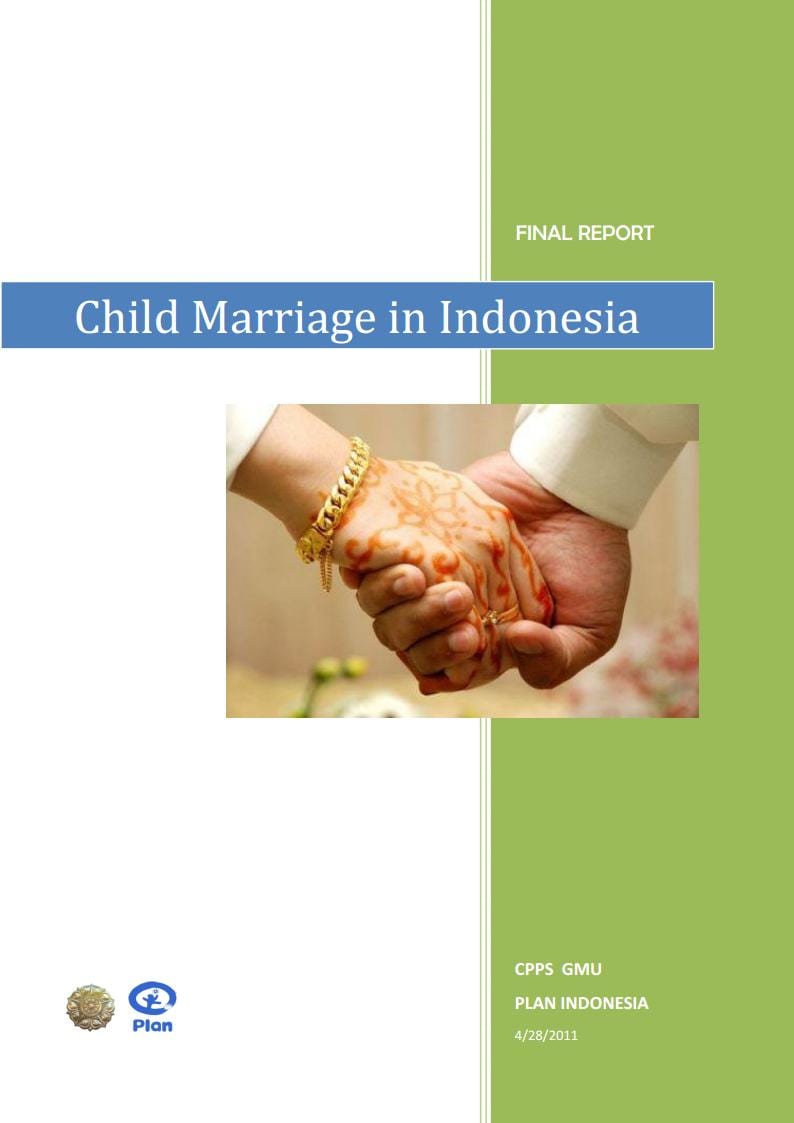